Dr Dunsky is one of the first practitioners in Massachusetts to utilize this revolutionary technology to help patients significantly reduce or eliminate pain from a variety of conditions. Hako-Med Horizontal Frequency Modulation is one of the fastest ways to eliminate pain or significantly reduce pain without drugs or injections. It is also one of the best modalities to rehabilitate peripheral nerves from causes like diabetes, chemotherapy, nerve compression / stenosis, etc.

Dr Dunsky says, "One of the biggest differences between Hako-Med from most of the other widely used electrotherapy is that the Hako-Med is able to produce a Middle Frequency. In this case, the ability to produce 4000 to 20,000 hertz. The everyday TENS unit produces up to 200 hertz. TENS units have benefit of course but are limited. Because the Hako-Med uses Middle Frequencies, which are frequencies in the thousands, these frequencies start to burn off a chemical called cAMP (cyclic adenosine monophosphate), which is a modulator for pain. If used correctly, the Hako-Med can be just as effective as steroid injections to relieve inflammation and just as effective as a lidocaine patches for relieving pain."

Hako-Med has been developed to maximize specific therapeutic mechanism of actions. (For example: to increase circulation in the extremities or to accelerate tissue regeneration). These mechanisms of actions are useful in the treatment of a variety of different indications. (Hako-Med has been shown to be very effective for conditions like: Osteoarthritis, Peripheral Neuropathy, Spinal Degeneration, etc.)

Hako-Med has set out to increase the known therapeutic effects of Electro-medicine for better treatment results. This was achieved through the combination of specific bioelectric effects and specific biochemical effects in the same treatment area at the same time (Horizontal Therapy). Before the invention of Horizontal Therapy such a combination of therapeutic mechanisms of action was impossible to achieve.

Increase in circulation: Stimulating the autonomous nervous system and activating the vasodilatation and vasoconstriction mechanism leads to an increase in blood circulation and training effect on the blood vessel.

Anti inflammatory action: The Shaking effect disburses the concentration of the inflammation-causing- mediators.

EMS devices should only be used under medical supervision for adjunctive treatment of medical diseases and conditions.

Dr. Hansjurgens, founder of Hako-Med in Germany, has developed many recognized milestones in Electro-Medicine. He pioneered the use of the first interferential devices over 40 years ago in the USA as VP of Nemecton. Dr. Hansjurgens invented Dynamic Interferential Therapy in 1969, which today is still found in almost every interferential machine used in the world. He pioneered the understanding of the behavior of electrical currents in living tissues and the resulting electrical field distribution in the human body. Dr. Hansjurgens manifested the use of bioelectric effects with middle frequencies, including the electrical nerve blocks. He also invented Horizontal Therapy.

Some of the many clinical trials done with Horizontal Therapy can be found at www.hakomed.net. 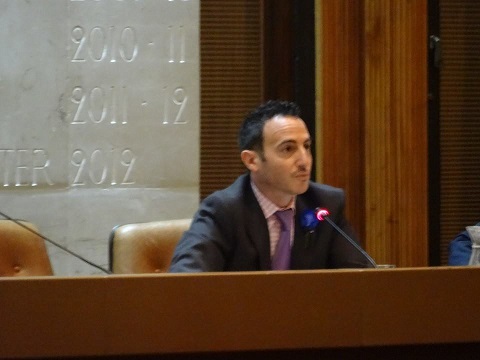 Find us on the map

Review By Our Satisfied Patient